Chinese electronics and home appliances retailer Gome has published its financial report for the first quarter of 2012, stating that its operating revenue decreased by 28.62% year-on-year to CNY9.762 billion during the reporting period.

The financial report showed that the company's costs, including sales expense, management expense, and financial cost, maintained the same level as last year.

Suning, a major competitor of Gome, also recently announced its performance for the first quarter of 2012, which showed that its operating revenue increased by 10% year-on-year to CNY22.641 billion; and its profit attributable to shareholders decreased by 15.3% year-on-year to CNY951 million. By the end of March 2012, Suning had developed 1,714 chain stores. 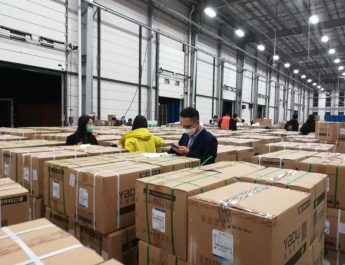 Ford Export Agreement Worth USD800 Million In Vehicles And Parts