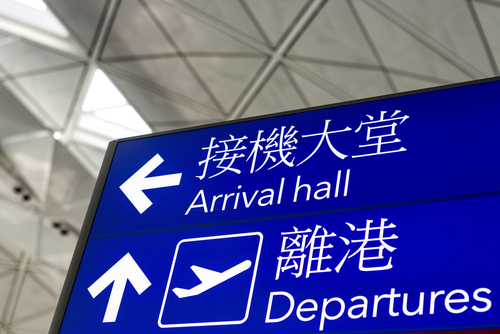 In two different seizures last week, the Hong Kong Customs department announced they grabbed both ivory and a bevy of technology equipment.

Customs officers intercepted two outgoing container trucks for inspection and found the smuggled goods being concealed behind the audio player panels in the driving compartments of the two vehicles. Two male drivers, aged 38 and 45 respectively, were arrested and charged with attempting to export un-manifested cargo. Both pleaded guilty to the charges and were each sentenced to six months' imprisonment. Under the Import and Export Ordinance, the maximum penalty for attempting to export un-manifested cargo is a fine of HKD2 million and imprisonment for seven years.

Then on August 7, Hong Kong Customs seized about 15 kilograms of suspected ivory products worth about HKD150,000 and arrested an incoming male passenger at Hong Kong International Airport.

The 18-year-old man arrived in Hong Kong from Harare, Zimbabwe, via Dubai, United Arab Emirates. During Customs clearance, Customs officers found about 15 kilograms of suspected ivory products concealed in the tailor-made vest he was wearing. The case was handed over to the Agriculture, Fisheries and Conservation Department for follow-up investigation.

Under the Protection of Endangered Species of Animals and Plants Ordinance, offenders convicted of importing an endangered species without a license are liable to a maximum fine of HKD100,000 and imprisonment for one year.