Located in Zhonglu Square, the new Decathlon store has a contracted area of 6,200 square meters and an operating area of 5,200 square meters, according to reports in Chinese local media. With a total investment of CNY30 million, the new store will reportedly be Decathlon's largest leased store in China.

Qi Yijia, vice president for the real estate department of Decathlon Greater China, said that this is Decathlon's first project in Henan and it is expected to open in October 2013. In addition, the company has completed the investment letter of intent for two other self-built projects in Henan.

Qi said over the next ten years, Decathlon plans to open at least ten stores in Zhengzhou and four in Luoyang. For the entire Henan market, the company hopes to develop 30 outlets in the next five years. According to Qi, the company will focus on four cities in the province, including Zhengzhou, Luoyang, Pingdingshan, and Xinxiang. They will also investigate Nanyang and Jiaozuo as possible expansion cities.

Decathlon is a French sports supplies retailer which integrates design, manufacturing, distribution, sales, and services. It entered the Chinese market in 2003 and it currently operates 57 stores in the country. 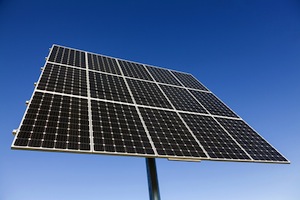