The legal actions by CommScope, through its Andrew LLC subsidiary, focuses on Comba's alleged infringement of the company's patents related to its remote electrical tilt technology for base station antennas used in wireless networks.

"CommScope's extensive portfolio of patents and intellectual property is the result of years of effort and considerable monetary investment in research and development," said Randy Crenshaw, executive vice president and chief operating officer at CommScope. "These valuable intellectual property assets are a lifeblood of the company and core to the innovation we deliver to customers around the world. We have vigorously protected these valuable assets in the past and will continue to do so in the future."

CommScope's patented RET system enables frequent and cost-effective beam adjustment of the variable electrical downtilt of base station antennas, improving the coverage, capacity, and quality of cellular networks. CommScope, through its Andrew LLC subsidiary, owns various patents around the world covering RET technology and actively defends these rights. To date, CommScope has licensed its patented RET technology to more than 10 companies around the world in the communications networking industry.

In China, CommScope, through its Andrew LLC subsidiary, reportedly filed lawsuits against several Comba entities in the Beijing No. 2 Intermediate People's Court based on Comba's making, selling and offering for sale RET antennas that CommScope believes infringe two of its Chinese patents. In these lawsuits, CommScope is seeking an injunction and past damages for Comba's infringement. The lawsuits are ongoing.

This Is Nuts: Qiaqia's Seed Revenue In China Increases 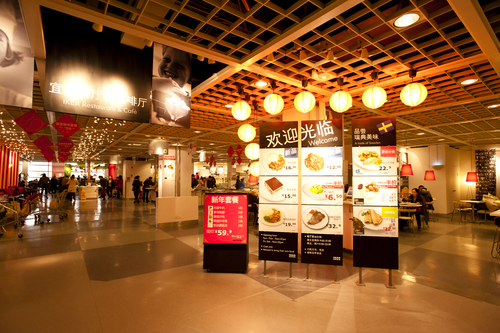