Fushi Copperweld, Inc., a global manufacturer of copper-clad bimetallic wire used in a variety of telecommunication, utility, transportation and other electrical applications, has announced that the company's subsidiary, Fushi International (Dalian) Bimetallic Cable Company, has been appointed to form and organize China's first ever composite conductor working group by the National Standardization Administration of China.

Upon formation, the working group will be the first standards setting body within China for composite conductors. The working group, which will draw together a number of well-known industry experts, leaders, and enterprises, will be tasked with formulating a nationwide standard for composite conductor wires within the telecommunication, electrical, automotive, railway, industrial and utility industries, as well as in other high frequency signal and power transmission areas. In 2007, the company along with the Number 23 Research Institute of China Electronics and Technology Group and other industry experts formulated a national standard for copper-clad aluminum wire. The proposed national standard for CCA has been formally approved by the National Standards Committee and awaits industry implementation.

China's National Standardization Administration was established in April 2001, and is authorized by the State Council of the People's Republic of China to draft, formulate, and implement state laws and regulations on product standardization. 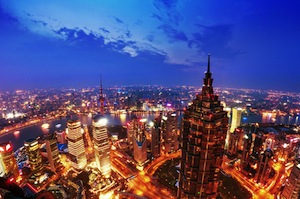